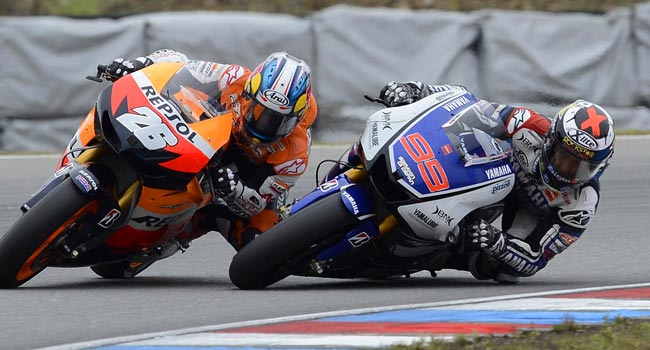 The excitement of Moto GP is finally arriving to Barcelona. It will be the weekend of 14 to 16 June at Circuit de Catalunya in Montmelo.

The excitement ofMoto GP is finally arriving to Barcelona. It will be the weekend of 14 to 16 June at Circuit de Catalunya in Montmelo.

The MotoGP championship comes to Catalunya with great excitement and the added attraction of Spanish riders occupying the top positions.

Amongst the great Dani Pedrosa, and 2012 World champion Jorge Lorenzo, there is this year young Marc MĂˇrquez, who is surprising everyone during his debut year in the Moto GP category with astonishing results. After his hard fall in Mugello, Marquez will get back up on his Honda to continue fighting for the championship lead.

The MotoGP Championship comes then to Catalunya with high expectations to offer its loyal fans a great show in which, as always, the best motorcycle racers in the world will fight hard to occupy a space on the podium.

The Circuit de Catalunya, located in Montmelo, is only half an hour from Barcelona, so if you fancy coming to watch the races, you can stay in our low cost hotel in downtown Barcelona. Also, this weekend Â the SĂłnar Festival is taking place, a must have for electronic music lovers, so need any more excuses to come to Barcelona?