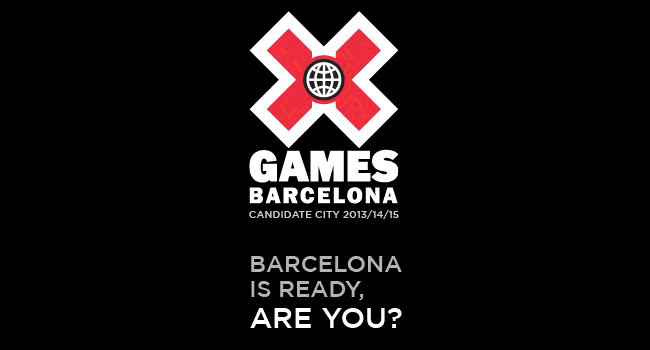 X-Games is the worldâ€™s biggest competition for action sports, and it will be held in Barcelona from 16 to 19 May 2013. Thus, the X-Games will bring to the city the best riders of Moto X, BMX and Rally X, as well as the best skaters in the world.

For several weeks the organizers have been preparing the spectacular facilities that will host the X-Games, located in MontjuĂ¯c. In total, more than 31.000 m2 of facilities from which the most spectacular is the MegaRamp. It will be the first time that this amazing and complex structure of more than 25 meters in height and 100 in length will be built in Europe, and it will host the Skate and BMX Big Air at the Palau Sant Jordi.

Vibe with the Barcelona X-Games!

The event also will give great importance to music and the lifestyle that emerges from these sports and surrounds its fans.

Need a hotel in Barcelona for the X-Games?

The organizing company, ESPN, chose Barcelona as one of the new cities to host the X-Games for a period of three years in its expansion and internationalization process. The X-Games have been gaining popularity in the recent years and thanks to the passion of its fans, they have become the Olympics of extreme sports.

All the information you will find in the official website.