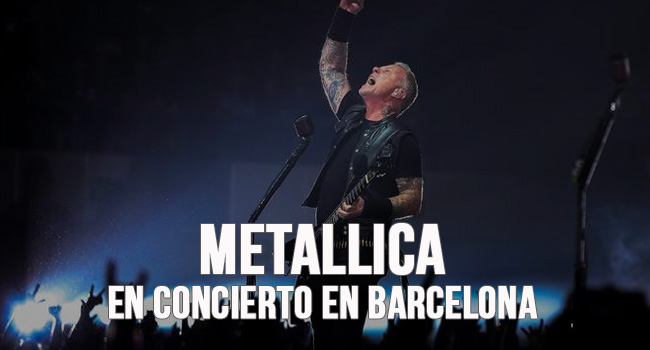 Metallica in concert in Barcelona

Posted by Posicionam
| Comments Off on Metallica in concert in Barcelona

The mythical heavy group Metallica returns to Barcelona this year with the second part of the ‘Worldwired Tour’. The concerts are part of a tour of stadiums and open air venues that will tour 20 countries, including a dozen cities where the group did not make stops on their last tour.

The general ticket for the concert includes a physical or digital copy of Metallica’s latest album, Hardwired … To Self-Destruct, the tenth of its career, and with each purchase people can also access a free MP3 download of the concert they have attended.

Metallica will have the bands Ghost and Bokassa as opening acts. The Swedes already accompanied Metallica in the last edition of the Resurrection Fest, where they did not leave anyone indifferent with their impressive papal-inspired aesthetic.

The concert of Metallica in Barcelona will be held on May 5 at the Olympic Stadium in Barcelona. If you have tickets to come and see Metallica in concert in Barcelona and you are not from the city, you can stay at our boutique hotel located downtown. The Diagonal metro stop, L3, takes you directly to MontjuĂŻc, offering quick and easy access to the concert.