Posted by Posicionam
| Comments Off on Outdoor cinema in Barcelona

Barcelona in summer offers multiple options to enjoy the sunsets outdoors, taking advantage of the good weather and the fresh air of the night. One of the initiatives that has been gaining popularity is the Outdoor Cinema. There are different spaces in Barcelona that have added to the idea of â€‹â€‹showing films outdoors creating a more informal and entertaining environment to watch movies.

These are some of the proposals to see open-air cinema in Barcelona on summer nights:

The Santa EulĂ lia moat, in Castell de MontjuĂŻc, turns into a movie theater with a large screen to project the films and a stage for concerts prior to the screening. You can bring loungers, or rent them there, and have a picnic on the lawn while enjoying the concert and the screenings. 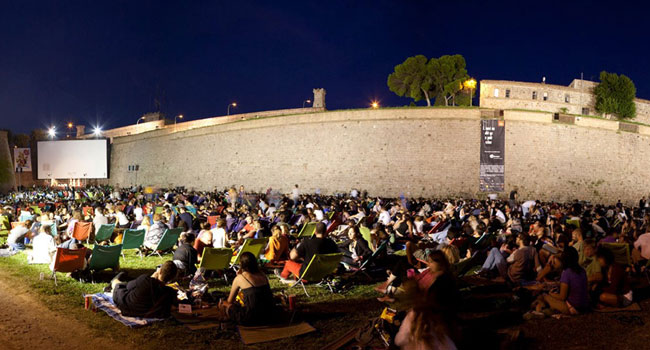 To access from the Hotel just take metro line L3, which is just in front of the hotel, and get off at PlaĂ§a Espanya. From there, there is a pitching service that goes up to the Castle.

Sala MontjuĂŻc will screen films every Wednesday and Friday until August 3, and you can check all the programming here.

On the beach of Sant SebastiĂ  (Barceloneta):

On Thursdays, the beach of Sant SebastiĂ  becomes a great open-air cinema with the screening of films. The films that are screened are usually some of the most successful independent films of the year and they are shown in the original version.

Admission is free, so there are usually many people. But the enclave is certainly worth it, since in how many cities can you enjoy a movie, by the sea, while you have a picnic on the beach?

All the information can be found here.

The museum of science, the Cosmocaixa, has also joined this fashion. Every Thursday, until August 2, science fiction nights will be organized with exhibitions, live music and open-air cinema. 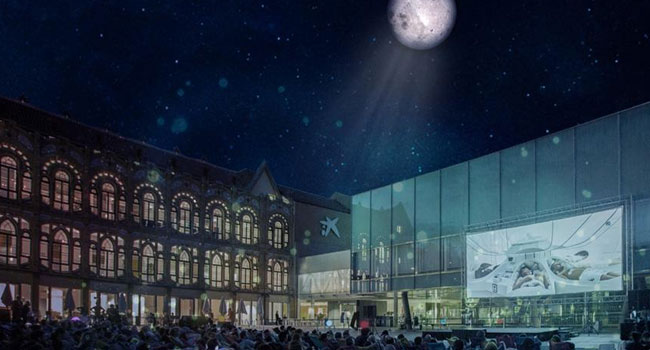 This year, coinciding with the exhibition Robots. Els humans i mĂ quines -which can be visited before the musical performance-, the main theme of the program will be robotics.

Anthus and Pol Omedes, Minimal Hits or Soul Titus are some of the performances prior to the screening of films like Avatar or Artificial Intelligence, both by James Cameron; Blade Runner, by Ridley Scott, The Young Frankenstein, by Mel Brooks, and Wall-e, by Andrew Stanson.

All the programming and more information here.